Pompidou Centre in Paris was treated to a feast of the eyes recently as it played host to the world-famous designer, Stella McCartney. However, what most of the attendees didn't realize was that the fashion designer had something up her sleeve! 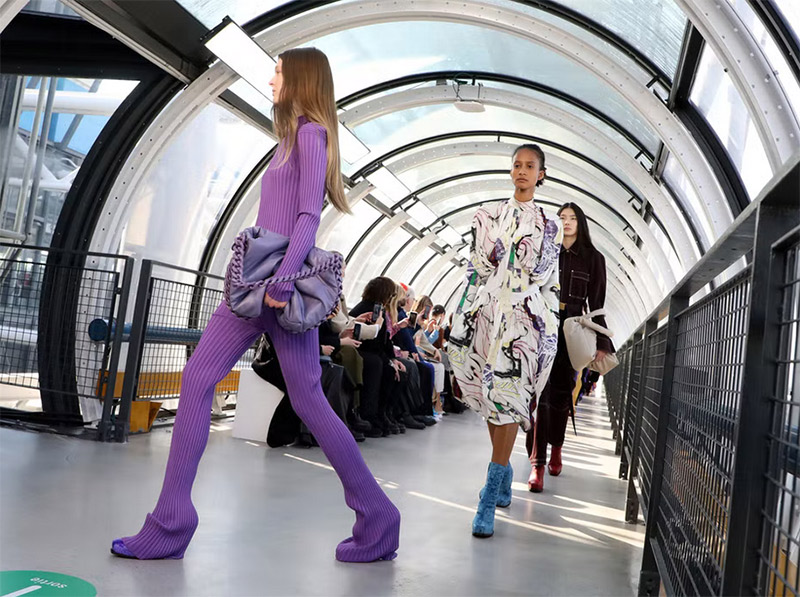 This year's catwalk was made up of McCartney's new range of clothing designs that were all made using sustainable and ethical materials. In her own words, the designer wanted to show that sustainable fashion can be just as effortless and sexy as other clothing designs.

If the reception of her new line is anything to go by, she did a great job, and sustainability might have just taken a huge leap forward in the fashion industry.

An example is the ultra-luxurious baguette-shaped “leather” shoulder bags that the designer hoped would catch the eye of one Bernard Arnault, the chief executive and chairman of the LVMH luxury goods company. She claims the piece was made using a grape-based leather alternative that has been making waves in the fashion industry.

The grape skins used in this case, are from one of the 13-acre vineyards owned by LVMH and would have been regarded as waste if not for their newfound use as a viable leather alternative. This was one of the best demonstrations of sustainability ever showcased, and there is no doubt that LVMH’s chairman took notice.

Another sustainable product that is quickly gaining prominence, regenerative cotton, also made its catwalk debut. After extensive research had been conducted for three years in Turkey, the material was finally ready for the public, and who better to spearhead its introduction than the legendary Stella McCartney.

Hosting an outdoor fashion show was also a first for the designer, and when asked about it, she said that the outdoors was her thing. One thing for sure is that her clever use of sustainable material will not go unnoticed.

After years of environmentalists lobbying for more sustainability in the fashion industry, it seems that the world is finally ready to listen. Stella McCartney’s Paris show put an end to the common misconception that sustainable clothing means looking drab and old-fashioned.

Her new range was as fresh and exciting as we have come to expect from the designer. If other designers can take up the challenge to also lead the campaign for sustainability in the fashion industry, large corporations such as LVMH will have no choice but to take notice.

Once the industry and the consumers realize just how beautiful a grape-skin “leather” coat can look, it will only be a matter of time before other sustainable materials have their day in the limelight.

You Too Can Play Your Part!

As brilliant as the Stella McCartney showcase was, on its own, it is not enough to bring any lasting change in the fashion industry.

Yes, it was a great move forward for which Stella McCartney will always be commended, but you too should play your role. Hate it or love it, the fashion industry is a reflection of what you, the consumers want, which gives you a lot more power than you think.

Next time you go shopping for new clothes, do so consciously, paying extra attention to the material, origins, and manufacturing practices that went into producing that lovely cashmere sweater or gorgeous jewel you have had your eye on.

This massive push for sustainability from one of the industry’s most celebrated fashion designers should not quietly fade into the background.

Your voices, together with the brands you choose to support, are the real tools for the change that is long overdue in one of the world's most successful industries.