Caruso carried on his business with such great determination and commitment that, like many other entrepreneurs in that magical period of transformation of the country, he eventually created a large company of 600 employees. 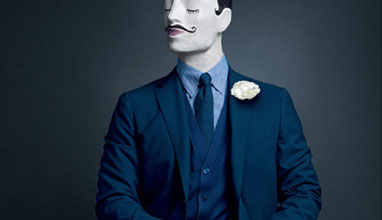 During the years of the economic boom in Italy, Raffaele Caruso, a master tailor of the famous Neapolitan school, decided to move to the province of Parma in 1958. He opened a bespoke tailor's shop in Soragna to serve the area's affluent clientele and hired two seamstresses, who later became his wife and his sister-in-law. Caruso carried on his business with such great determination and commitment that, like many other entrepreneurs in that magical period of transformation of the country, he eventually created a large company of 600 employees. Caruso spa is today a leader in the production of Italian tailored men's fashions.

Atanas Lazarov: I would like people to be infected with kindness instead of the virus

Men’s Fashion Trends: How To Look Your Best in 2021