CSIRO scientists discovered how to grow coloured cotton in a attempt to remove the need for harmful chemical dyes. A few dozen petri dishes in a high-tech greenhouse in Canberra hold the potential to transform the global textiles industry, writes abc.net.au They contain plant tissue, which within days will grow into cotton plants: not standard, everyday white cotton, but ones with a dazzling array of colours. They are the product of CSIRO plant breeders dedicated to producing better, sustainable natural fibres that will hopefully one day lead to wrinkle-free, naturally dyed, stretchy cotton to outperform synthetic fabrics.

Colleen MacMillan leads the team of scientists who have cracked cotton's molecular colour code, adding genes to make the plants produce a colour. 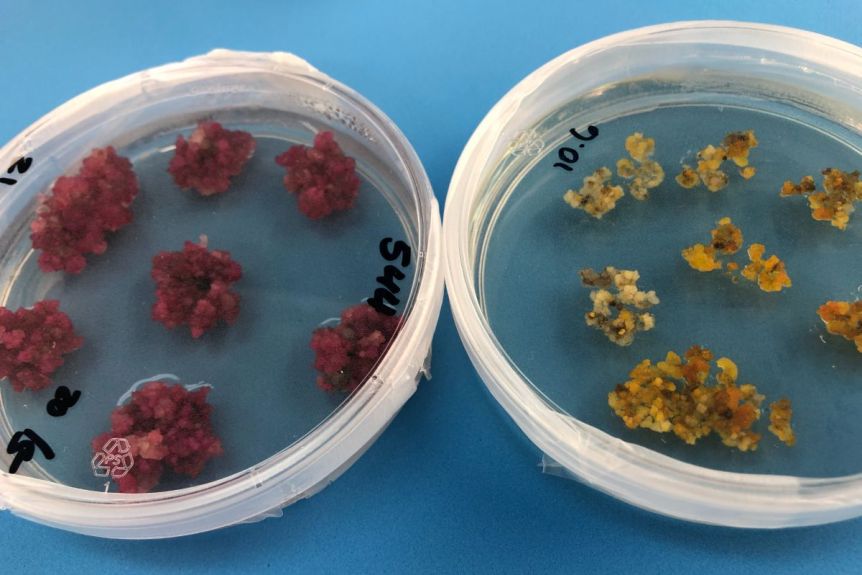 "Having the cotton produce its own colour is a game changer," Dr MacMillan said.

It will be several months before the colourful plant tissue they have created grows into flowering cotton plants; only then will the scientists be absolutely certain of their success. But everything points that way.

Another positive sign is that coloured cotton genes, inserted into green tobacco plants, have shown up as coloured splotches on the leaves.

If the leaves of the biotech (genetically modified) cotton are coloured, the all-important fibre will be as well. 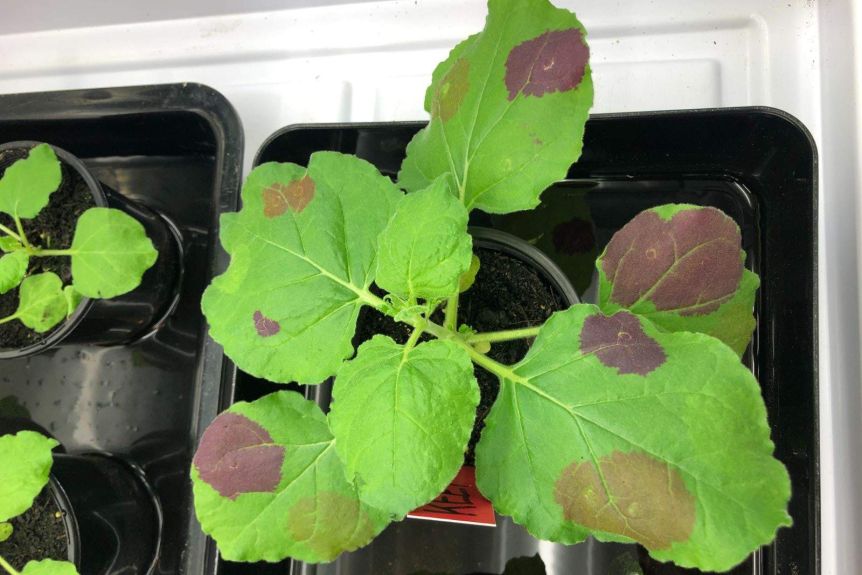 Tobacco plants with colourful markings are a good omen for the research.(ABC Landline: Tim Lee)

For the scientists involved, the discovery was a eureka moment.

"When we saw the results, it brought a tear to my eye because it was a very special moment," Dr MacMillan said.

A win for sustainability

Australia's cotton industry is worth about $2 billon annually. Although cotton is renewable, recyclable and biodegradable, it still needs to be dyed and very often are used harmful chemical dyes.

Particularly significant is the CSIRO team's work to breed naturally black cotton to replace black dyes, which are regarded as the most polluting of textile colours.

"We've done all these things to improve our environmental credentials, but still the use of dyes is something that can have an impact on the environment," Mr Kay said.

It's estimated that on average, each Australian produces about 25 kilograms of textile waste each year.

Much of it is synthetic and it ends up in landfill, where it will take hundreds of years to degrade.

Dr MacMillan said there was a growing awareness of the environmental cost of fast fashion.

"This [research] can really have the potential to transform the global textile industry, because we're making fibres that are still biodegradable, still renewable, but still have properties that they don't currently have," she said.

That's a big deal for sustainability.

Dr Pettolino said a move away from synthetic materials in favour of cotton would be an important step in protecting the environment.

"Synthetic microfibres end up staying in the environment and can do more damage than regular plastic, so it's important we move away from that to safeguard the environment," she said.

The team is also working on a longer-term project, creating wrinkle-free cotton that doesn't require ironing.

It means screening and testing thousands of cotton plants to transform them into new super-cotton varieties to produce fibre with greater elasticity that can compete with synthetics.