Sir Hardy Amies published the ABC of Men's Fashion, with generation-defining advice on what to wear and how to wear it. Today, we are still learning our ABCs but, this time, they go beyond fashion to the greatest city in the world, London. 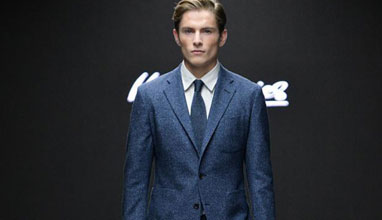 Having written a regular column for Esquire on men's fashion, in 1964, Amies published the book ABC of Men's Fashion. Amies's strict male dress code included commandments on everything from socks to the summer wardrobe. When, in July 2009, the Hardy Amies Designer Archive was opened on Savile Row, the Victoria & Albert Museum reissued the book. He stated, "A man should look as if he has bought his clothes with intelligence, put them on with care and then forgotten all about them." In 1974, Amies was entered into the Vanity Fair International Best Dressed List Hall of Fame.