EARTHDAY.ORG Global Campaign: Fast Fashion is Out of Fashion

From September 9th to October 3rd the semi-annual major Fashion Shows will appear in due succession in New York, London, Milan and Paris. On high display, top designer brands will dazzle the world with the newest styles for next year’s Spring and Summer wardrobes. The wheels of the $2.4 trillion industry will turn once more.  But as quickly as dreams are spun on the runways of the world’s fashion capitols, an alternate reality that is as dark as the fashion shows are bright and glittering will continue to feed off the glamour and the hype.

As next year’s luxury designs glide up and down the catwalks, behind the curtain lies an enormous contradiction.  Unfortunately, most people are unaware of what it truly means.

In a 2020 survey in the U.K., over half of Gen Zs, the most environmentally concerned demographic, reported buying “most of their clothes” from fast fashion brands. Focused on Instagram and TikTok, price and convenience are key to their shopping habits. Fast fashion companies shadow them, trolling the internet through a ‘search engine optimization’ for indicators of up-to-the-second trends (many inspired by the runways) and then as quickly as possible churn out new styles – in the case of fast fashion brand Shein, thousands every day – and with meteoric speed, deliver them to their ‘zoomer’ customers’ doorsteps.

People associate fashion with beauty, creativity, self-expression, and social desirability.  But the average shopper is unaware that with every purchase, they are contributing to 4% of all greenhouse gas emissions, or that almost all of their purchases will eventually end up in an incinerator or a landfill where they will smolder and pollute the air.  Or that of the 100 billion garments produced annually, only 1% will actually be recycled. 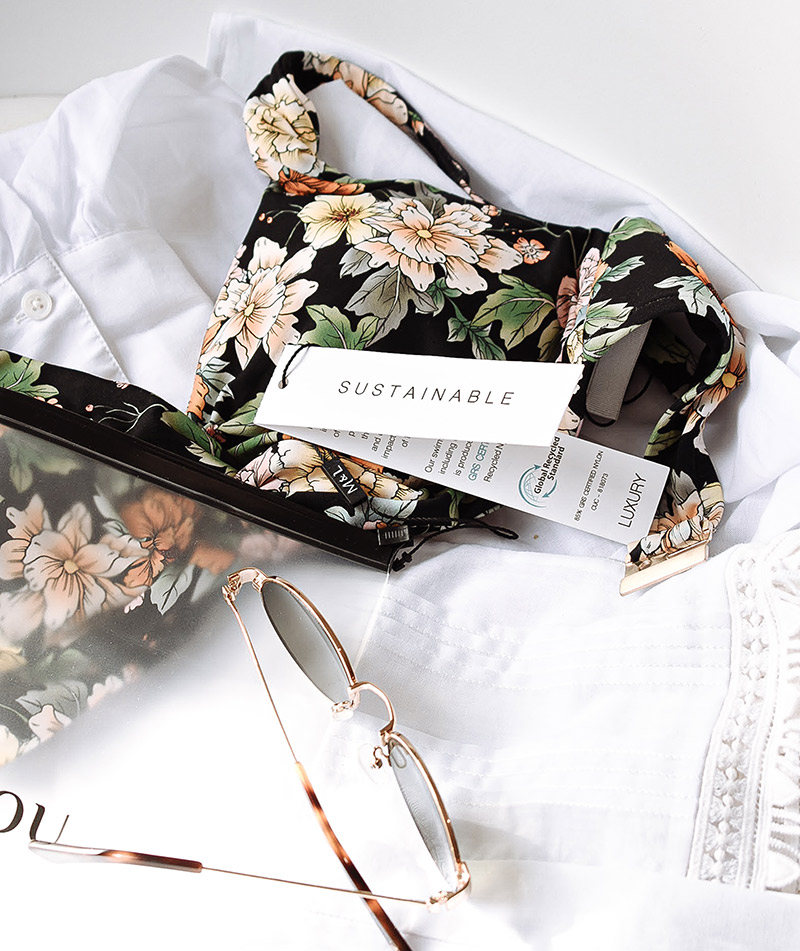 The majority of shoppers are unaware that their clothes were made with highly toxic dyes and heavy metals that are flushed into clean water streams, rivers and aquifers where they sicken people and animals, harm ecosystems, and cause biodiversity loss. Or that non-organic cotton farming heavily depletes and degrades soil, consuming more pesticides than any other crop.

The average person does not know the industry clears 150 million trees for cellulosic fabrics or that cattle grazing is a cause of deforestation in the Amazon and the leather produced from that region has been traced to global fashion brands’ shoes and bags.

They are unaware that their synthetic fabrics are made from oil, and by washing them they will contribute to over a third of all ocean microplastics, or that these microplastics will end up in their own bloodstream – as was reported in a study in March of 2022 at Vrije University in the Netherlands where researchers found plastic polymers in the bloodstreams of the majority of those tested, half of which were PET, the polymer found in clothing.

Shoppers may be entirely unaware of the reason why their clothes are so incredibly cheap – namely, because the cost is being taken from the industry’s factory garment workers who are paid less than the minimum wage in the global south which comes nowhere close to being a “living” wage.  Buyers unknowingly support an industry that is the 2nd biggest contributor to modern day slavery including child labor.

Most major industries are regulated. The automotive industry, for example, is regulated by the National Highway Traffic Safety Administration and the U.S. Environmental Protection Agency as well as local jurisdictions such as the California Air Resource Board.  The food and agriculture industry, for another, is regulated by the U.S. Department of Agriculture.  But the fashion industry, one of the largest manufacturing industries on the planet, is almost entirely unregulated.

Because the fashion industry is lacking regulations, brands have had no real incentive to change. But fast fashion has come at too high a price. Accountability and systemic change are critical to reducing the irreversible footprint this industry is making on the planet.

Hopefully, that may be about to happen.

EARTHDAY.ORG and its campaign, Fashion for the Earth, is part of The Act on Fashion Coalition that supports The Fashion Sustainability and Social Accountability Act (the Fashion Act) introduced to the New York State Legislatures in January of this year. From the regulatory vacuum where it exits, the fashion industry will for the first time be forced to account for its emissions, water and plastic use, chemical management, to map its supply chain and to disclose its social due diligence. The Fashion Act will, with legally binding environmental standards, create a coherent framework and vision for the transition to a sustainable sector of the economy.

Given the almost limitless destructive power of this industry, it's time to send a message that “Fast Fashion” is “Out of Fashion”.

Shelley Rogers directs EARTHDAY.ORG’s global campaign to redesign the fashion industry and reduce its impact on the planet.